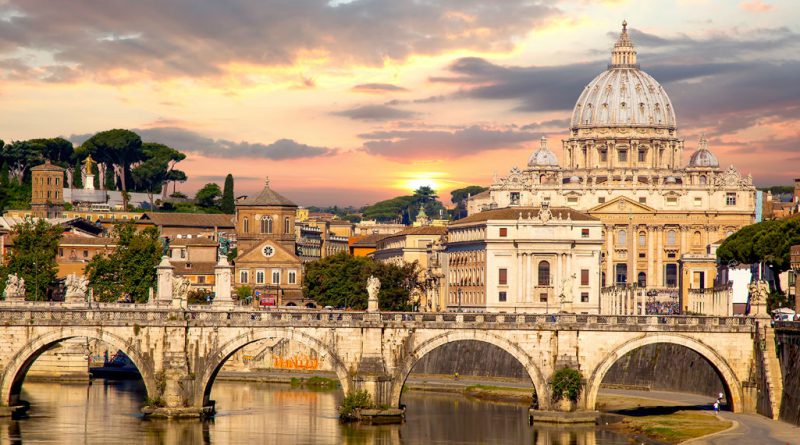 The top universities in Italy are spread across a wide area, as are the rest of the country’s attractions, meaning plenty of attractive choices for those planning to study in Italy. Find out more about some of the most popular cities for students… 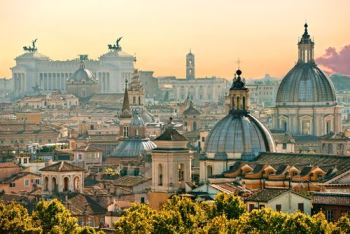 Where to start with the Italian capital? Well, most people probably start with the main sights – the Colosseum, the Trevi Fountain, the Pantheon, the Forum, the Spanish Steps and the catacombs. But, as a student in Rome, you’ll find that the fun lies in discovering new sides to the Eternal City.

You might take in a show in one of Rome’s many theaters, or enjoy a large outdoor performance at the Stadio Falminio or Olympic Stadium. If you’re keen on literature, why not enjoy a night out at a book bar – a fusion of bar, library and book club? For bargain hunters, Rome’s antique fairs and flea markets offer reams of vintage and second-hand goodies. If you’re brave enough, you might even rent a scooter and try to navigate the notoriously chaotic Roman traffic. 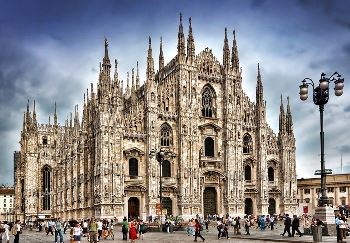 Celebrated as one of the world’s best cities for students, Milan offers the full package: world-class universities, a high standard of living, and a large and diverse student population. A thriving economic hub in the north of Italy, Milan retains a strong sense of its past, while simultaneously representing modern urban Italian life.

The city’s cosmopolitan population coexists alongside a wealth of historical sites, including the Santa Maria alle Grazie Basilica, a UNESCO World Heritage Site which contains the famous painting The Last Supper. As well as being Italy’s leading financial center, Milan is recognized as a world leader in the fashion and design industries, designated a fashion capital of the world alongside London, Paris and New York. If sports are more your thing, you’ll probably know Milan as the home of celebrated football teams AC Milan and Internazionale.

With eight universities in Milan, the city has the largest student community in Italy. Its higher education options include Italy’s highest entry in the 2018 ranking, Politecnico di Milano. Other internationally ranked universities in Milan include Università degli Studi di Milano (joint 325th), the Università Cattolica del Sacro Cuore (481-490) and the University of Milano-Bicocca (651-700), while the Università Commerciale Luigi Bocconi is known as one of Europe’s top business-focused universities. The Università degli Studi di Pavia (UNIPV), at 551-600 in the world rankings, is also located just north of the city of Milan and offers a range of international programs taught in English. 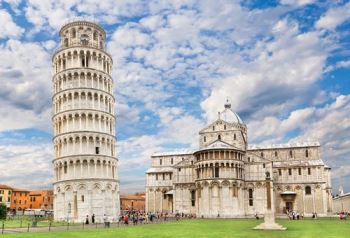 Once you’ve climbed the famous Leaning Tower and taken one of those typical tourist photos where you pretend to be holding the tower up with your hands, you’ll find there’s a lot more to Pisa than this iconic landmark. Pisa has more than 20 historic churches, several palaces and a series of stunning bridges across the River Arno. During the summer, you’ll find students relaxing along the banks of the river, sipping drinks from one of the area’s good wine bars.

While you might not find so many clubs or live music venues in Pisa, the city does offer some alternative music venues, disco bars and karaoke bars. Meanwhile, you can enjoy a leisurely dinner or drink at one of the city’s restaurants and bars, have a walk in Piazza Garibaldi and the riverside Lungarni, or treat yourself at one of Pisa’s spas.

The city gets much of its life from its student population, who organize all kinds of parties, shows and cultural events. Among universities in Pisa, the main one is the Università di Pisa, ranked 421-430 in the QS World University Rankings 2018. The university’s most famous past student is Galileo Galilei, who studied there in the 16th century and went on to become one of the world’s most famous astronomers, physicists and inventors. Along with the University of Pisa, the Scuola Normale Superiore and the Sant’Anna School of Advanced Studies of Pisa, both ranked joint 192nd in the world, make up the Pisa University System, which is recognized as one of Europe’s leading education hubs. 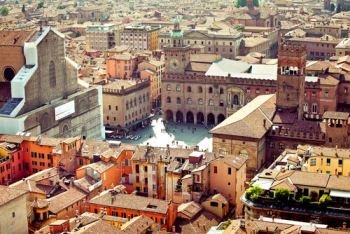 Although less familiar to foreigners, Bologna is well-known among Italians, and not just because it is the largest city and capital of the Emilia-Romagna region. Bologna is known as the culinary capital of Italy, famous for its cuisine (la cucina Bolognese). It’s also been named a Creative City for Music by UNESCO and has a well-preserved historic center. The city’s pervasive shades of red, from terracotta to burnt oranges and warm yellows, have given it the nickname Bologna la rossa (Bologna the red).

Having developed around one of the world’s oldest universities, Bologna remains very much a university town, with a large and diverse student population. There is a thriving nightlife, active gay scene, good live music scene, and almost a hundred concerts every year featuring international rock, electronic and alternative bands. Other study-break activity options include a restored silent and sound films festival in July, three major car museums (Ducati, Lamborghini and Ferrari), and a Formula One collection.

Among universities in Bologna, the highest-ranked is the Università di Bologna (UNIBO) – which is Italy’s second-highest entry in the QS World University Rankings, at joint 188th. Other higher education institutions in Bologna include the Collegio di Spagna (within the University of Bologna, for Spanish students), a branch campus of the US’s Johns Hopkins University, the Academy of Fine Arts of Bologna, and the Collegio Superiore di Bologna. You might also consider taking some classes at the Carpigiani Gelato University, where you can learn to make authentic Italian ice cream. 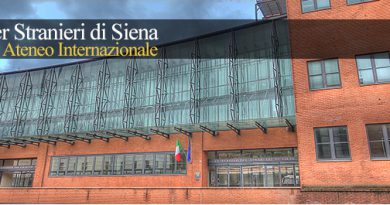 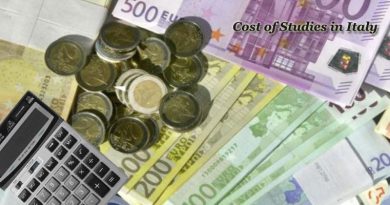 Cost of Studying in Italy

March 24, 2015 mwangijmn Comments Off on Cost of Studying in Italy 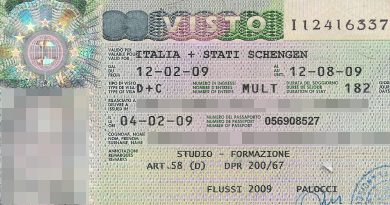 Applying to universities in Italy

March 24, 2015 mwangijmn Comments Off on Applying to universities in Italy